Beartooth: The Below Tour 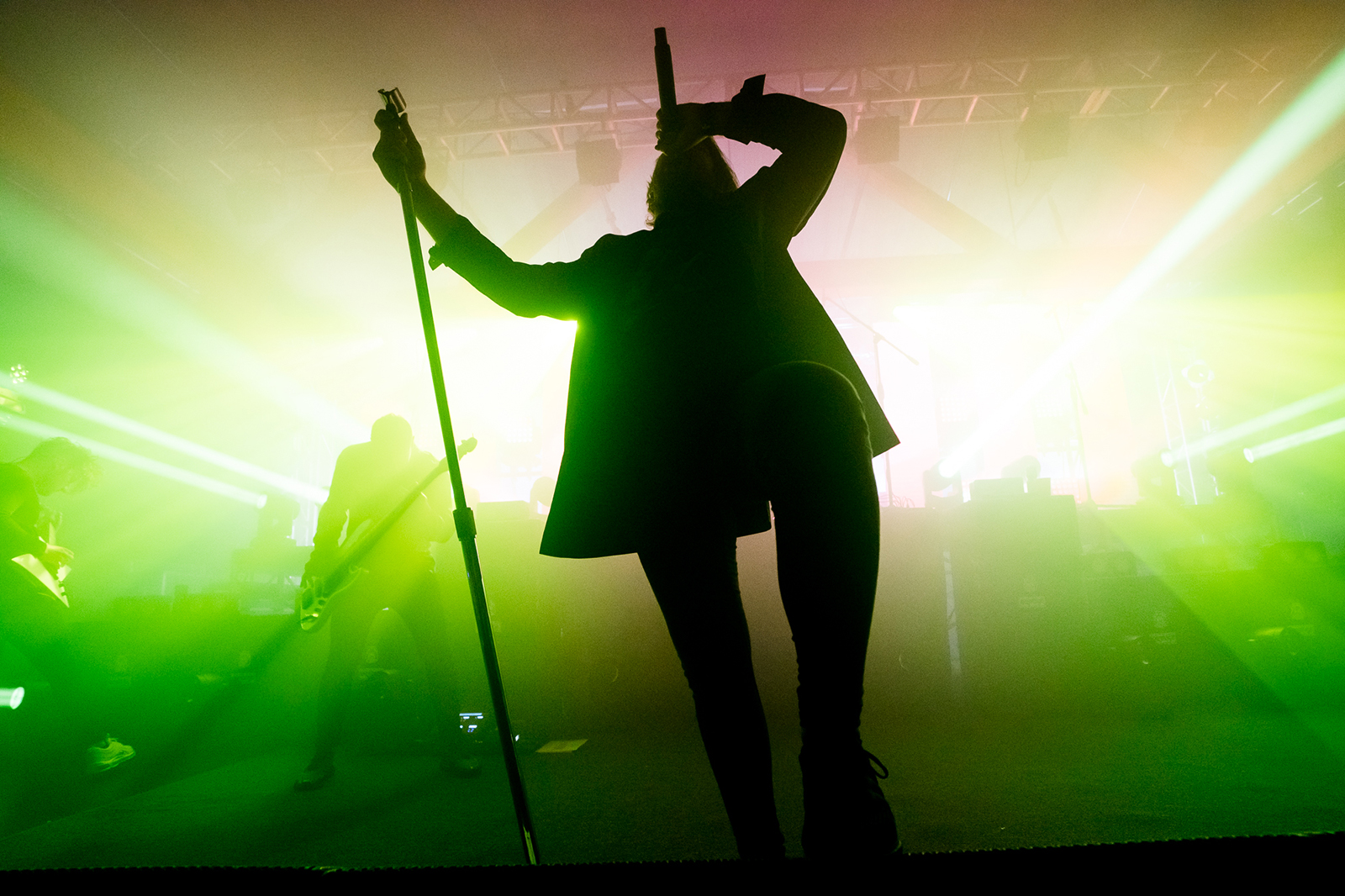 Before Beartooth even set one foot on stage, the crowd was chanting their name. Fans eager for live music to return to a stage that had not played to a live audience since March 2020. Music enthusiasts ready for live music back at the Showbox Sodo and Beartooth was ready to deliver.

By a show of hands, it was the first show back for many in the crowd since the pandemic began. “Welcome to the Party!” said lead singer Caleb Shomo who’s tour had began a week earlier. The concert was exactly the same as show pre-2020 minus a facemasks and vaccination rubber stamps on everyone’s wrists. Fans screaming the words to each song at each other and back at the band. Fans jumping and head banging during each song for an hour and a half straight.

When Beartooth played the first song, “Below”, the entire stage blasted the crowd with lights. Leaving nothing to see except the silhouettes. During the first three songs, lead singer Shomo, ran and jumped around the stage like he had a bunch of pent up energy from the last 500 days. Or maybe it was the thrill of playing a bunch of new songs from their recently released album Below to a live audience.

Beartooth’s fourth song saw them play a new song, “Fed up”, off their newest album. Shomo equipping himself a guitar to add a third layer of heavy noise to the verse. Drummer, Conor Denis, showed his dominance and speed on the kick drum on Beartooth’s fifth song, “Domination”.

Beartooth played a handful of olds songs including “The Lines”. A song in which it seems that the fans had lined up to crowd surf because the crowd surfers came one after another the entire song.

The final song of the night was “The Last Riff”. A fitting end of their new album and the the perfect song to end one of the best welcome back to live music for many of these Seattle Beartooth fans could have asked for.

Opening the show was hardcore metal band, Wage War. The 5 pieces from Ocala Florida was the perfect opening act to head bang too. With war, comes death. and halfway into the set Wage War asked the crowd to split the crowd in half for a wall of death. “That felt good didn’t it!” explained lead singer Brighton Bond. Their extended opening set was not just 40 minutes of straight forward metal. They had beautiful and thought full cuts beyond heavy power cords. The lead singer was mix of clean and screaming vocals. Near the end of the set they played a new song called “Teeth” that will be on their upcoming record they are currently working on.

We unfortunately missed Dragged Under as they did not preform at the Seattle show on The Below Tour.