First Show Back Post Pandemic: The Posies with Black Tones 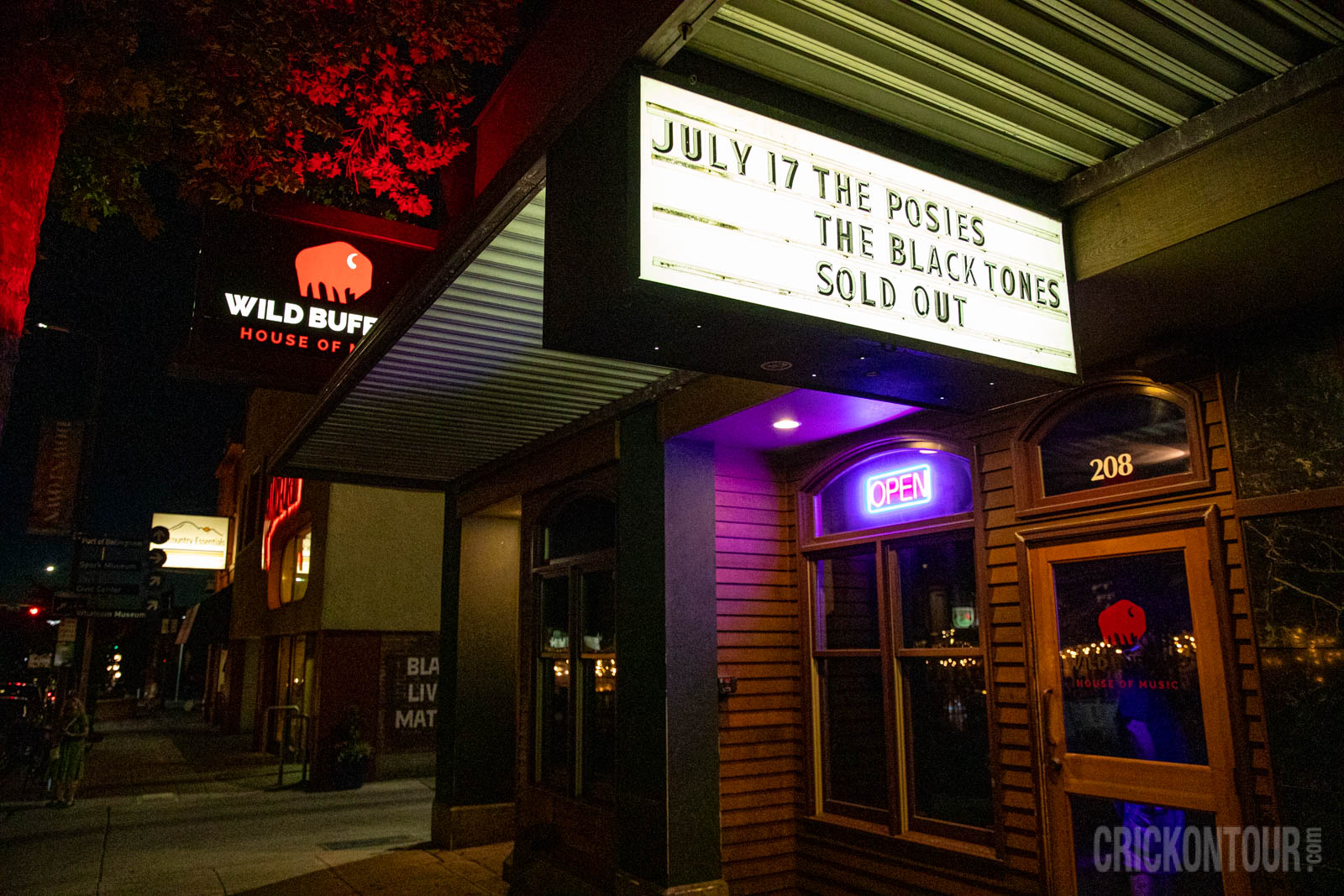 “Is everybody in?”, said John Auer of The Posies as he glanced out over a sold-out audience at Wild Buffalo in Bellingham, Wa.  It was only fitting return for The Posies to kick off their brief US tour in the very city where their musical adventure began over 30 years ago.  After all, the group had spent the last two years of their COVID induced musical hiatus spread across three countries and two continents.

First up were The Black Tones, a dynamic brother / sister combo from Seattle.  As the first notes drifted from the stage, frontwoman Eva Walker was nowhere to be seen.  Soon her dynamic voice arose from the speakers and it became apparent she was at the back of the venue riding high on the shoulders of a friend. She drifted through the audience before taking her place at the front of the stage.  The crowd swayed under as if under a musical trance as the band played songs from their latest album “Cobain & Cornbread”.  During the song “Plaid Pants” where Eva’s twin brother Cedric jumped off the drumkit and led sides of the crowd in a musical back and forth chant of “Ahhh aahhhh ahhh”.  The audience loved every second of it.

As soon as the first few notes of “Flavor Of The Month ”, one of their many electrifying power-pop hits off The Posies legendary record “Frosting On The Beater “, arose, a thunderous cheer arose from the audience.  Soon the dynamic duo of Jon Auer and Ken Stringfellow were back in full swing performing their signature vocal harmonies as if no time had passed.  Joined by drummer Frankie Siragusa the band jammed through dynamic numbers spanning their entire musical career “Any Other Way” from 1989 album “Dear 23” and “Unlikely Places” from 1996’s “Solid State”.  The dynamic performance was only enhanced by Jon and Ken’s dynamic relationship where one would rush over and jam with the other or their spirited jumps during their performance.  Things mellowed out a bit for  “Dark Side of Light”, a folk-influenced ballad (which will hopefully appear on the Posies upcoming ninth album).  The band’s energy was as lively as ever as Eva from the Black Tones joined them for a powerful three song set.  The band ended the set by returning to old favorites “Solar Sister” and “Return To Shine”.

Alas having a long drive back to Seattle I was unable to stay for the encore but if anything was clear from the night’s sold-out performance it was that live music has returned to the northwest and the fans are excited to have it back.

Photos and review by Alex Crick