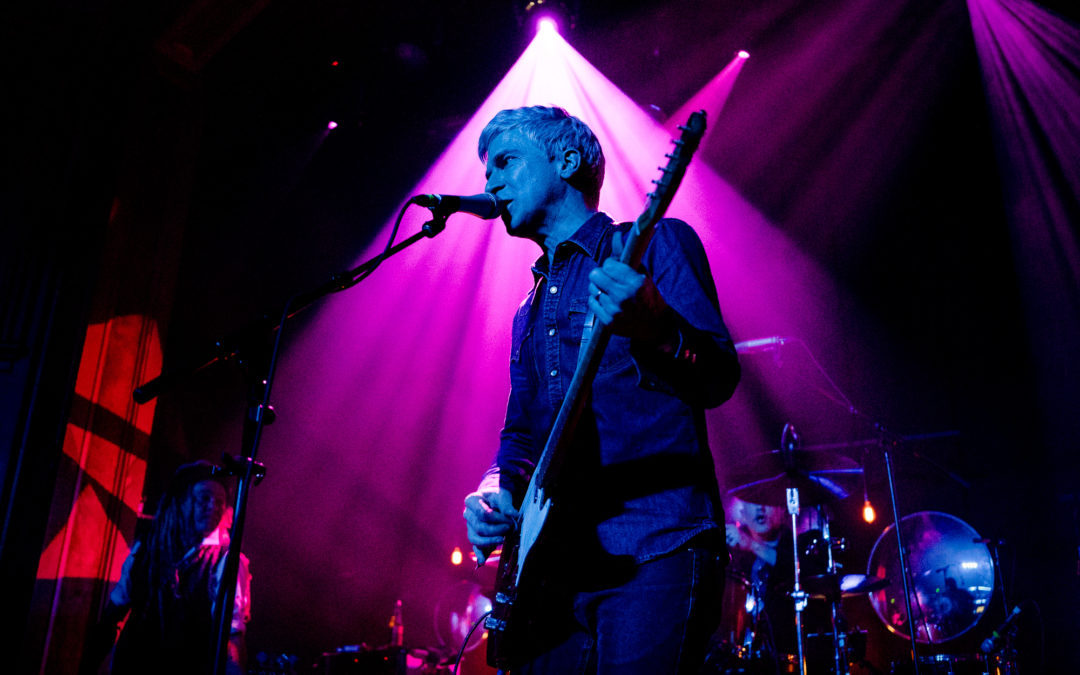 Fifteen years ago, the world of music was blessed by the brilliance that is Nada Surf’s third full-length album, Let Go. Flash forward and the album is still as relevant as ever. So much so that the New York-based indie rock band delivered a stunning Seattle performance of the album in its entirety, celebrating its anniversary. As part of the Little Big Show series—concerts presented by STG, Starbucks, and KEXP in benefit of local arts nonprofits—the Neptune Theatre was sold out for a show that the band may have never dreamed of playing.

After a stellar opening by Chris Staples, the show began with the acoustic “Blizzard of ’77,” led by vocalist Matthew Caws, a staple of any Nada Surf show. Drummer Ira Elliott and bassist Daniel Lorca accompanied Caws on stage for back up vocals. It was a soft and elegant start to the night before the band hit the gas for “Happy Kid.”

The Let Go portion of Nada Surf’s set was full of their classic hits, including “Inside of Love” and “Blonde on Blonde,” but the best song of the set had to be one they don’t get to play as often anymore.

Singing entirely in French, Lorca led the vocals for “La pour ca.” This candid performance offered a much more raw, deep, and moving rendition of the track compared to the 15-year-old recorded version. Of all the songs played that night, “La pour ca” was the most impressive.

The set had a pattern of going back and forth between high energy and low tempo tracks, with the lighting design following suit from warm glow to deep blue depending on the mood.

Not only did Nada Surf play Let Go from start to finish, they came back out after a short intermission to play a second full set. And while the first part of the show had a slower tempo, when they came out for their second set they played mostly upbeat songs, starting with “Imaginary Friends.”

As great as Let Go is as a standalone album, they played other hits including “Do it Again” and “Cold To See Clear,” songs that hold influence from the same era. It’s every album following Let Go that Nada Surf’s true indie rock style evolved from.

Nada Surf finished the second set with “See These Bones” before doing another three-song encore. And what a way to end such an epic concert, playing their two most popular songs, “Always Love” and Popular.” They then finished the night off with their super upbeat, no fucks given, party song, “Blanket Year,” the best way to end the celebration.

Second Set:
Imaginary Freinds
Teenage Dreams
What Is Your Secret?
Cold To See Clear
Out of the Dark
Do It Again
No Quick Fix
Firecracker
Stalemate/Love Will Tear Us Apart
The Fox
See These Bones