Van Halen: Old But Not Broken 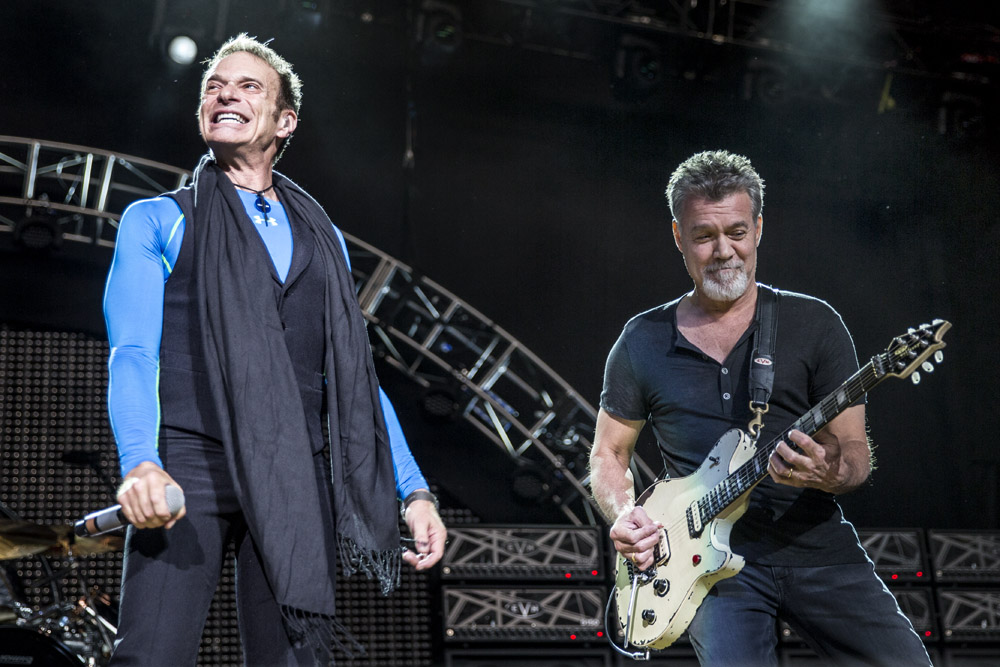 The fans came out in droves for opening night of Van Halen’s summer tour, breath baited, mullets in tow. A mostly older crowd – with a few youthful stragglers – were treated to a monster set list featuring many classic songs not often heard from the band. Breaking the set open with “Light Up the Sky” the Van Halen family – Eddie, his brother Alex, and his son Wolfgang, along with lead singer David Lee Roth – brought out all the stops. The instrumentals were on point once the band got into the groove, but given it was the first night of tour that’s no surprise.

Roth on the other hand came out of the gate as over-the-top as ever. While his vocals are certainly showing his age, his spinning, matador-like scarf waving, and mic stand tricks came off as quirky and youthful. A few timing hiccups and Roth’s various chattering didn’t slow down the band, or the fans. The crowd sang along with abandon, fists pumping, camera phones in the air. Favorites “Everybody Wants Some!!” and “Feel Your Love Tonight” were played back-to-back, setting a tone for a night full of debauchery-laden lyrics and once the group got going, there was no turning back from the classic Van Halen rock machine.

Opener The Kenny Wayne Shepherd Band came out to a spare, day-lit stage, with no fuss. The renowned guitarist lets his band shine, including lead singer Noah Hunt, but the secret is all in the solos. Shepherd’s magical, bluesy guitar work is masterful. The set included tracks “Heat of the Sun” and the classic “Déjà Voodoo” which was his major introduction into the music world. There was also a medley of BB King songs mid-set before he closed out the forty-five minute set with an impressive ten minute cover of Jimi Hendrix’s “Voodoo Child.”

Van Halen Set List:
Light Up the Sky
Runnin’ With the Devil
Romeo Delight
Everybody Wants Some!!
Feel Your Love Tonight
Somebody Get Me a Doctor
She’s the Woman
China Town
I’ll Wait
Little Guitars
Dance the Night Away
Beautiful Girls
Women in Love
Hot for Teacher
Dirty Movies
Ice Cream Man
Unchained
Ain’t Talking About Love
Eruption & You Really Got Me
Panama
Encore:
Jump